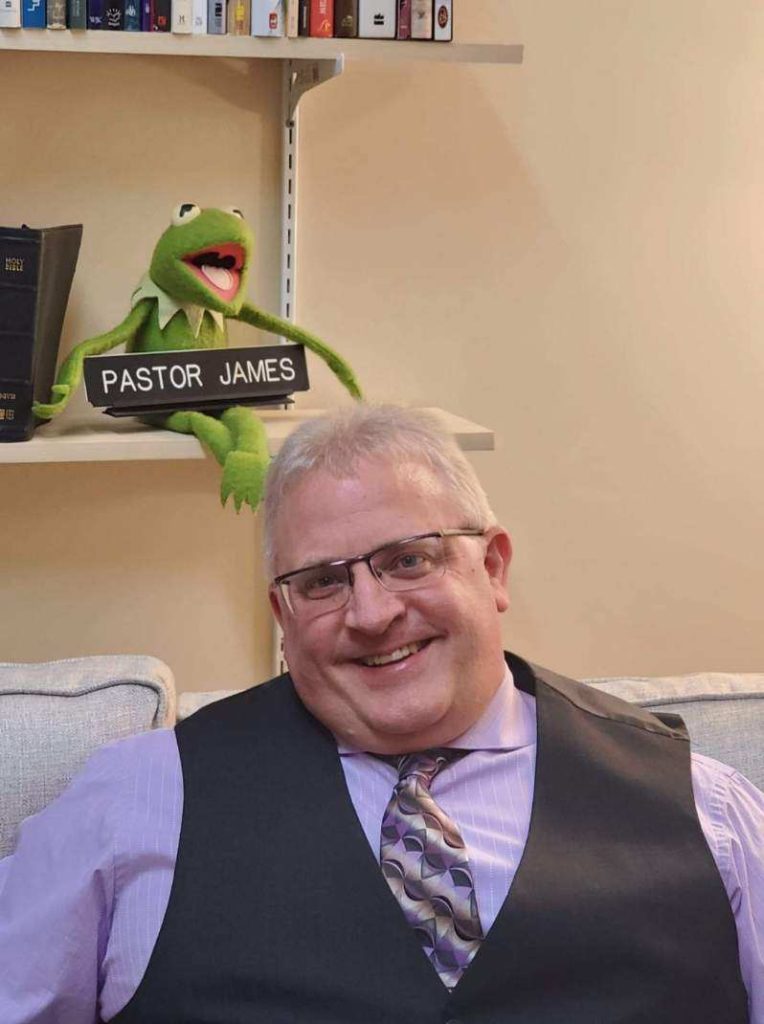 Pastor James A. Swanson II is now our senior pastor, voted in at a special meeting on December 1, 2019. James was born in Warren, PA. He graduated from Warren Area High School in 1987. He enlisted in the US Navy, serving four years in Washington, DC. Raised in the Wesleyan and Nazarene traditions, James was called to ministry and attended Eastern Nazarene College, earning a BA in Religion and Psychology. Following graduation from Eastern Nazarene College, James attended the Nazarene Theological Seminary where he earned his Master of Divinity degree. While in seminary, James served as the Pastor of Young Adult and Youth at Second Presbyterian Church in Kansas City, MO. James received an Officer Commission in the US Navy after completing the Navy Chaplain School and officer training during his time in seminary. His first call to a senior pastor position was to Scandia Covenant Church in 1999. This call required him to be oriented to the Evangelical Covenant Church, so he attended North Park Theological Seminary for pastor orientation. After serving Scandia Covenant, James was called to Grace Covenant Church in Iron River, MI in 2010. On December 1, 2019 James was called back home to Warren, PA to serve us here at Pleasant Community Church. James and his wife Dawn have 8 children, 6 that they adopted into their family while serving in Michigan. Their children are Hannah – married to Brian Patten, Kheldon, James III, Davyid, Donovan, Paige, Michael, and Hannah (they have 2 Hannahs). James will start at Pleasant Community Church On February 10, 2020. He and Dawn look forward to being back in Warren and serving the people of Pleasant Community Church. His diverse denominational background allows him to blend some elements of each as he serves God’s people.