Pleasant Community Church was born in 2006 when two churches, Bethlehem Covenant Church and First Baptist Church of Warren decided to merge to deal with financial difficulties and low numbers in their congregations. The motivation for this merger was to do better ministry together for the kingdom of God. Under the leadership of Richard and Carol Visser at First Baptist, and Michael Poindexter at Bethlehem Covenant made this bold move. The result has been a church that has flourished since those early days of the merger.

In order to accommodate the larger congregation, a building expansion project was started in 2009, and completed in 2010. The sanctuary was updated in 2007, and during the addition work, there was a renovation of the fellowship hall as well with new carpet and other finish work.  In 2014, the parking lot was tarred and chipped in hopes of providing a better surface for several years.

The church celebrated their 10th anniversary since the merger on September 10, 2016. Many were in attendance including the Vissers who spoke about the merger. In 2017, a decision was made to take part in the Vitality Pathway offered by the Evangelical Covenant denomination. This process involves self-assessment and planning to enable the church to become a Healthy Missional church and improve in each of the 10 healthy missional markers. Through this process we realized that the church now has more regular attendees and members that came after the merger, than were part of either of the parent church.

Pastor Mike Poindexter, the first pastor of Pleasant Community Church, accepted a new call and delivered his last sermon on May 5, 2019. The Vissers, Pastors of First Baptist Church at the time of the merger were in attendance to show their support for Pastor Mike and the people of Pleasant Community church. We wish Mike and Shelly all God’s best and pray that his ministry is fulfilling and furthers the Kingdom!

Pastor Aaron Reinard, our Worship Leader and Youth Pastor accepted a call to be the lead pastor at Scandia Covenant Church starting December 1, 2019. We said goodbye to Aaron and Marjorie, but we know that we will still be connected with them through Aaron’s ministry at Scandia Covenant because our churches have always partnered over the years! It is hard to fill in all of the roles that talented man filled at Pleasant Community Church.

After Pastor Michael Poindexter departed, we were blessed to be served by interim pastor Daniel Stanley. 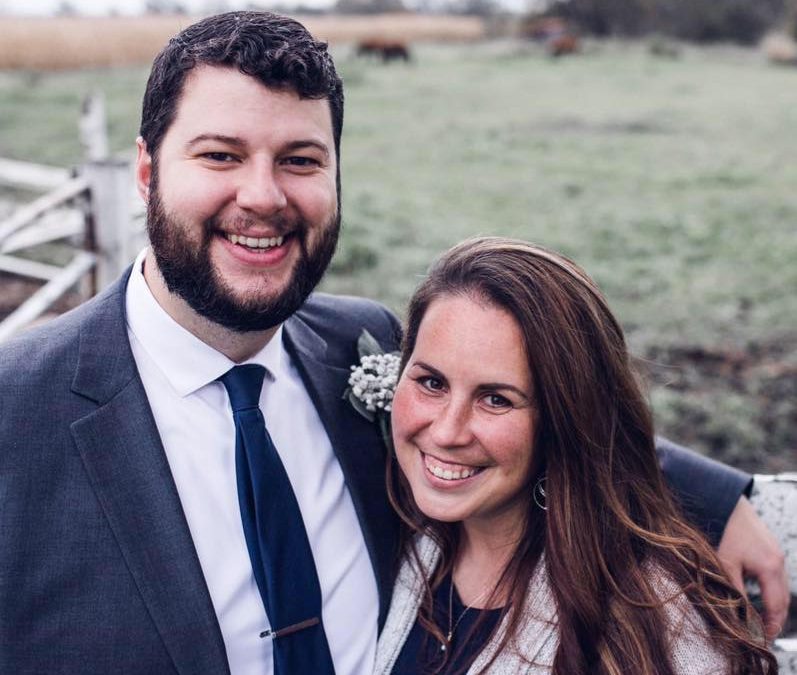 During the last week of his time with us at Pleasant Community Church, Daniel and Kara welcomed their first child, Gavin Carter Stanley, on February 4, 2020!! We are thankful for the time Daniel was with us, allowing our worship to continue as we searched for a new pastor.

Our search committee found the pastor God planned for us and presented him to the congregation the Sunday after Thanksgiving, December 1, 2019.

Pastor James A. Swanson II is now our senior pastor, voted in at a special meeting on December 1, 2019. James was born in Warren, PA. He graduated from Warren Area High School in 1987. He enlisted in the US Navy, serving four years in Washington, DC. Raised in the Wesleyan and Nazarene traditions, James was called to ministry and attended Eastern Nazarene College, earning a BA in Religion and Psychology. Following graduation from Eastern Nazarene College, James attended the Nazarene Theological Seminary where he earned his Master of Divinity degree. While in seminary, James served as the Pastor of Young Adult and Youth at Second Presbyterian Church in Kansas City, MO. James received an Officer Commission in the US Navy after completing the Navy Chaplain School and officer training during his time in seminary. His first call to a senior pastor position was to Scandia Covenant Church in 1999. This call required him to be oriented to the Evangelical Covenant Church, so he attended North Park Theological Seminary for pastor orientation. After serving Scandia Covenant, James was called to Grace Covenant Church in Iron River, MI in 2010. On December 1, 2019 James was called back home to Warren, PA to serve us here at Pleasant Community Church. James and his wife Dawn have 8 children, 6 that they adopted into their family while serving in Michigan. Their children are Hannah – married to Brian Patten, Kheldon, James III, Davyid, Donovan, Paige, Michael, and Hannah (they have 2 Hannahs). James started at Pleasant Community Church February 10, 2020. He and Dawn are glad to be back in Warren serving the people of Pleasant Community Church. His diverse denominational background allows him to blend some elements of each as he serves God’s people. His first day as Lead Pastor of Pleasant Community church was February 10, 2020. This is also his anniversary of marriage to his wife Dawn! He did a wonderful job during the uncertain times of the  Corona Virus pandemic.